On Saturday August 9 2014, around 150,000 people (according to unofficial reports) took to the streets of London to call an end to conflict in Gaza. Starting outside the BBC’S HQ, in Portland Place, near the bustling shopping haven of Oxford Street, people of all ages and nationalities gathered to support an end to Israeli military action.

Here is just some of what happened:

Placards were handed out outside Oxford Circus tube station 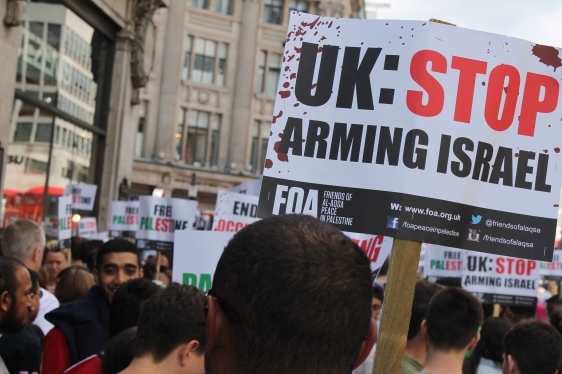 The scene outside Portland Place at 1pm 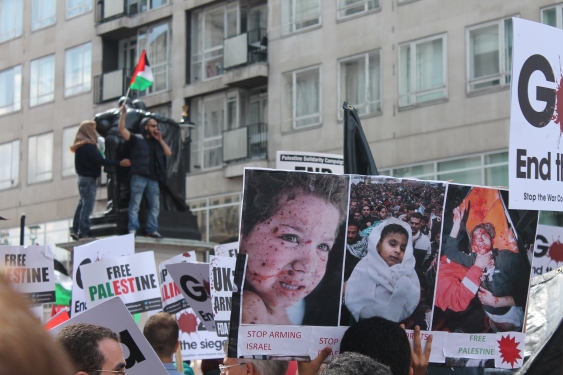 The BBC can’t be ignoring this going on outside their window, can they? 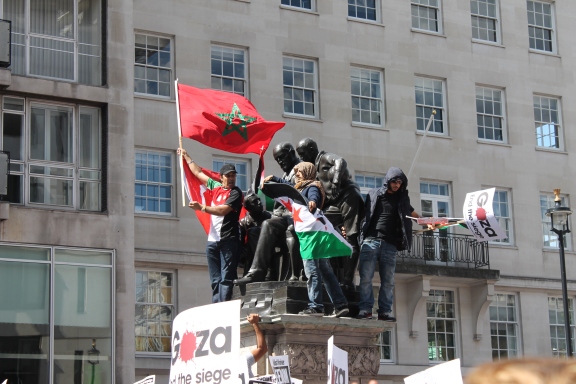 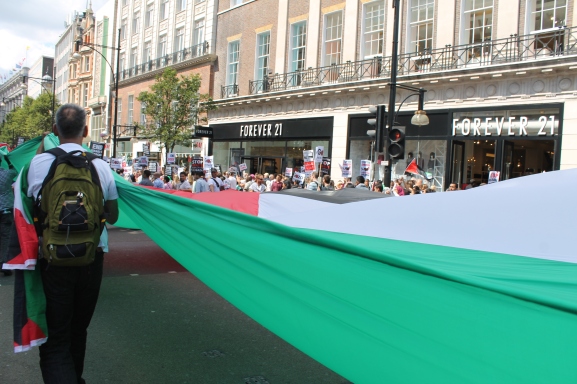 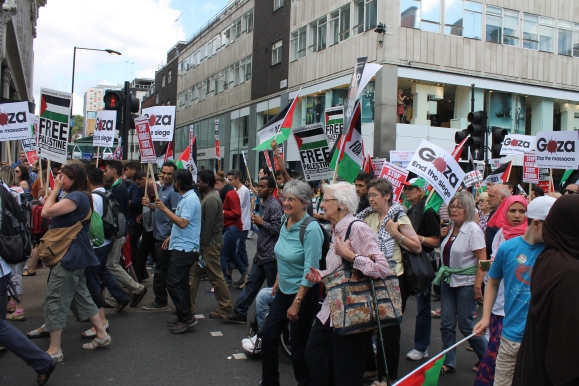